Below, you’ll find a poem by Beatrice Garland ‘Kamikaze’ and a part of an analysis.

Includes a breakdown of the stanzas, an insight into the speaker + voice of the poem, and an exploration of the themes and deeper meanings. This is only a quick overview to help you get to grips with the poem; you can access a full in-depth breakdown of the poem below.

Her father embarked at sunrise

with a flask of water, a samurai sword

in the cockpit, a shaven head…

(Full poem unable to be reproduced due to copyright restrictions)

Stanza 1: Her father set off at dawn with a flask of water, a samurai sword in the cockpit of his plane, his head had been shaven and it was full of powerful chants and prayers, he had enough fuel for a one-way journey, he was supposed to take part in a powerful moment in history.

Stanza 2: But halfway there (the woman thought, as she told the story later to her children) he must have looked far down below from the plane that he was flying, at the little fishing boats that were strung out like bunting on a green-blue see-through sea.

Stanza 3: And beneath the boats, arcing in broad rows like a huge flag that is waved first one way, then the other, in a figure of eight movements, the father must have seen the dark shoals of fishes flashing silver as their bellies turned upwards towards the sun (a premonition of bombing the water, as when fish die they rise to the surface with their bellies turned up).

Stanza 4: And the father must have remembered how he and his fellow siblings that were still waiting on the shore built towers (cairns) of pearl-grey pebbles to see whose tower could last out the longest against the strong, chaotic tide that was coming in, the same tide that brought in their father’s boat safely to shore.

Stanza 5: (the voice of the children listening to the story: yes, grandfather’s boat) safely to the shore, covered in salt, flooded with the fish and seafood that he had caught that day: cloud-marked mackerel, black crabs, feathery prawns, the loose silver of whitebait and once he brought back a tuna fish, the dark prince, muscular and dangerous.

Stanza 6: And though he returned from the war, my mother never spoke again in front of him, nor did she look him in the eyes, and the neighbours too treated him as though he no longer existed, only us children still chattered and laughed.

Stanza 7: Until gradually we also learned, as the adults did, to be silent around our grandfather, to live as though he had never returned, that this was no longer the father we loved. And sometimes, the mother said, he must have wondered whether it was better to die like this – slowly, being ignored by friends, neighbours, and family – or as a kamikaze pilot in a suicide attack.

It is important to note that the speaker starts off as an omniscient narrator, using the personal pronouns ‘Her’ and ‘she’ to focalise around a mother who is telling the story of her own father to her children (their grandfather). The Title is also extremely important, as it tells us that the man was a Kamikaze pilot (see the context for more info). He was sent on an attack but refused to complete his suicide mission and so he returned home alive – this was taken by his family, friends and neighbours as an extremely dishonourable act, so they all shunned him for the rest of his life and pretended that he wasn’t there.

Thanks for reading! If you’re studying this particular poem, you can buy our detailed study guide here. This includes:

If you’re interested in our complete AQA GCSE Power and Conflict Poetry course, click here. For a limited time, this course is 50% off; just use the code ‘POWER‘ at checkout!

For all our English Literature and Language courses, click here. 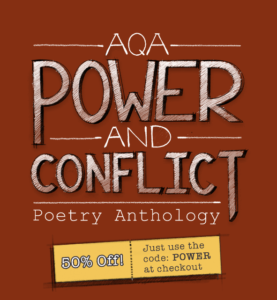 About Scrbbly
Online English Literature and Language education platform for students of all levels who are looking to improve their grades – You can browse all of our courses at scrbbly.com